Club of the Month – Bramley Breezers

How the club started: A few runner from Bramley Parkrun met Ben from Run Leeds one Monday evening to see if there was interest in forming a running club. We continued to meet for a number of weeks under the guidance of Ben until Paul Bennett was nominated to become the Breezers first run leader. The rest as they say is history

Interesting or fun fact/info about the club or its members:

The club is very proud of the number of new members we have helped with their running journey. The club has over 400 members

The club members participate in the Vets League and Winters Leagues competing against other clubs within the West Yorkshire in trail races which usually involves lots of mud. The club have moved steadily up the results in each season and this year gained a trophy in the Winter League for most improved team

How the club’s responded to covid-19:

There has been some really great initiatives during these tough time to keep the club members motivated.

Brelay – A reply event held over a full weekend where a member ran a relay leg and passed the baton (imaginary) to the next member. Over the weekend 48 runners ran for a total of 29.5 hours covering a distance of 260 kilometers.

The Club has also been helping the local community

BrAmazon – The club members are helping to support the local community by providing a friendly and carbon neutral delivery service of care packages to those that are vulnerable and or isolated working with Bramley Community Centre.

5 words to describe the club or club motto: Club motto – No one gets left behind 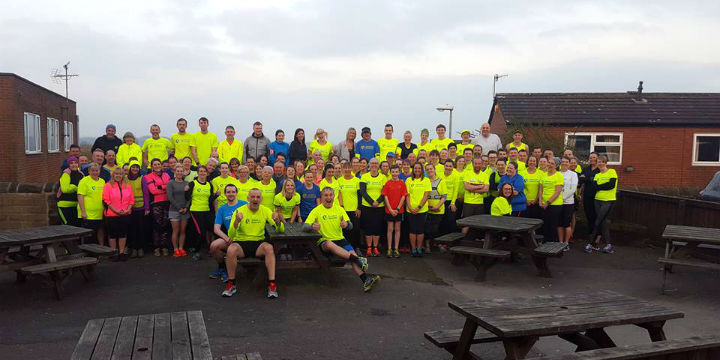