It’s All About The Taking Part

If you want to get ahead, enter a race, or two, or maybe a dozen. There’s no better way to give yourself a focus for your training, and whether your competitive or not, that cheering from total strangers as you hurtle towards the finish line shaves a few seconds off any time! And then those endorphins kick in and you’re high as a kite for the rest of the day!

I never thought I’d be that interested in the whole racing lark. What with being a late starter when it comes to running (in more ways than one!), I was happy to pootle about. But there comes a point when, if you want to run a bit better, or faster, or not feel like you’re going to expire every time you put on your running shoes, that’s not enough. Plus, running on your own can be a bit lonely – and by gum it’s easy to give up! For me, racing, or rather taking part in races, is the answer.

My first ever race was the Dewsbury 10k in 2008 and I had absolutely no idea what to expect. Yes, yes, I knew I’d be running 10km, all being well, but other than turning up, it was all one big mystery. I was definitely over-dressed, who knew February could be so warm? Even in the snow? And that I didn’t need to carry a bottle, or a spare tee-shirt? Lovely people cheered me on every step of the way, even lovelier people gave me water, then a fine bunch of people gave be a tee-shirt, and so it began.

You get to recognise the seasoned racers after a while, they have a string of safety pins hanging from their vests ready for the number. And they screw their number up (if it doesn’t already have the integrated chip) then flatten it out again, that way it doesn’t flap in the wind. And don’t forget the old tee-shirts or bin liners, they’ll be there at the start, all linered up, then when we’re off there’s the rustling of a thousand bin liners as they are discarded.

Since then I’ve run dozens, maybe hundreds, of races, I haven’t won a single one of them and have come last a couple of times. I did once win a trophy in a fell race for being first in my age category. Actually, I was the only one in my age category, which explains why I won when I came last. Still, a trophy is a trophy and it has pride of place on the mantelpiece! 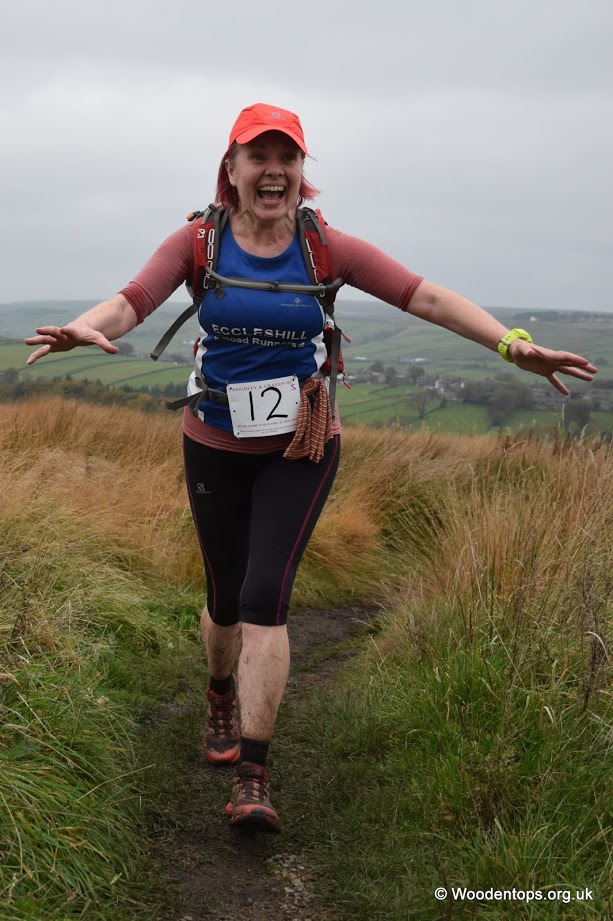