The middle of February marked a significant milestone for two Run Leeds groups; The Farsley Flyers and South Leeds Lakers have etched their respective marks on the running landscape of Leeds, and it’s a journey worth sharing!

For the number crunchers out there – 237 participants have attended a session with 92 of these doing no or very little physical activity on joining. Female runners dwarf the number of men 2:1 attending – a case of true collective female empowerment? And 51 people hadn’t run for a whole year beforehand!

Throwback a year and both groups were formed to fill a gap. The inner south Leeds area lacked a mixed running group, and Farsley, a thriving suburbia, was starved of one completely!

Alison Ogle, founder of the Flyers, shared in her personal reason for starting the group:

Having recently moved to Farsley, I didn’t know anybody and thought setting up a group would be a great opportunity to meet new people

Evolved around a social focus both groups have become visibly embedded in their local communities with a frequent sea of blue and green pounding the pavements. 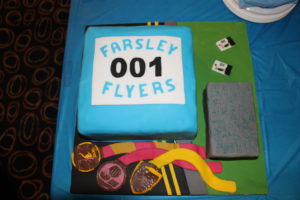 Ewan, an integral leader for the Lakers comments on his experience leading the group around Beeston in the first few weeks:

When we first went out we got shouted at by people in Beeston – now we don’t get shouted at!

Speaking to key members of both groups I begin to understand the rise and retention of runners as both central to what happens during the weekly session and also outside of it.

Duncan, a run leader at the Flyers, states: 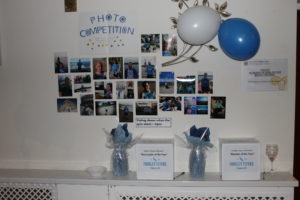 Both groups also have thriving Facebook sections that make the sharing of knowledge, events and ‘unofficial runs’ endless – it appears to add another layer that keeps people engaged and active.

Gavin, runner and resident comedian at the Lakers explains why he keeps coming back:

The social aspect keeps you going on dark, cold and wet nights

And when prompted with the same question from a leader perspective, Duncan adds:

A lot can happen in a year and the conjuring up of ‘One of the most memorable moments’ evokes big smiles from Ewan and Alison.

The Bramley parkrun takeover – we had so many volunteers, marshalling, running and supporting it!

Sat in a boozer in Hunslet and amid a full on party procession organised by the Flyers at Throstle Nest, I put forward the question of what to expect from both groups in future…

Pondering this question Ewan drew on strengthening the inclusivity of the group:

Personally I see us targeting more new runners that want to start running from scratch, progressing up to 5k

Here’s to another year of running!